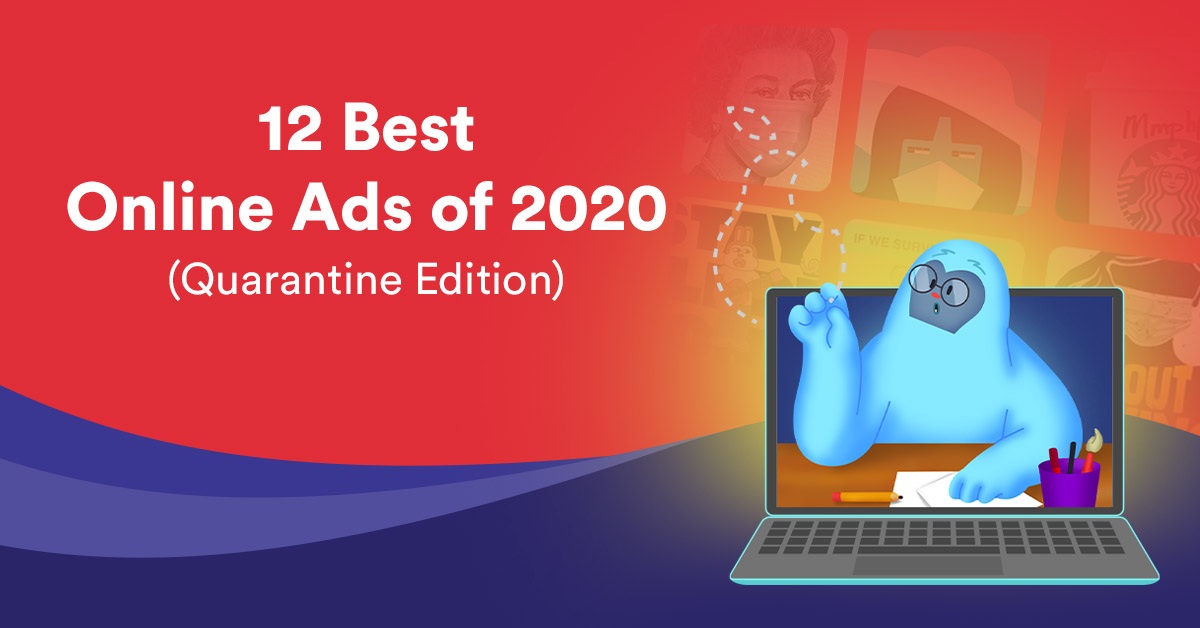 The year 2020 will certainly go down in history as one of the most troubling times in the modern century. And if it doesn’t go down in textbooks, you’ll definitely see it in the creative online ads that have inspired the marketing industry for the past months.

2020 inspired a mix of public service announcements and heartwarming messages of hope across several online platforms to millions of people who are stuck at home. And a lot of ads also provide a comical relatable sketch on adjusting to the new normal to keep spirits up in a time of uncertainty. Among every social distancing-related ad compiled by Ads of the World, here are the top 10 online ads of 2020.

12 Creative and Inspiring Online Ads of 2020

1. Starbucks: Thank You For Wearing a Mask In Store 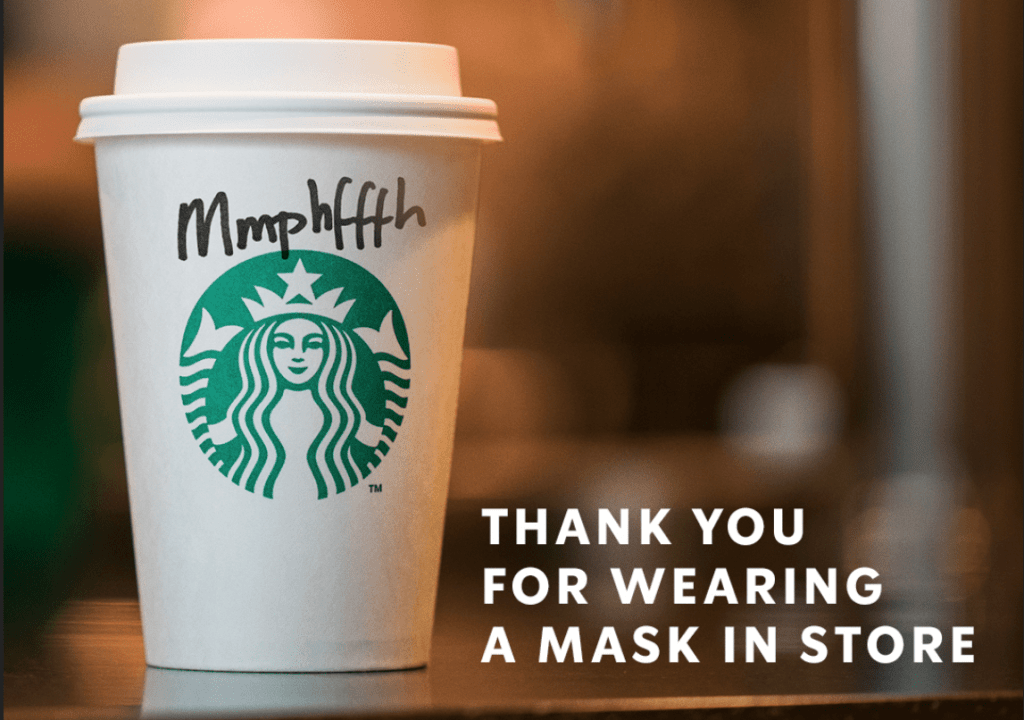 When the world was under complete lockdown, this made going outside to get a fresh cup of coffee not possible. Now, as restrictions eased, people are a lot more mobile as long as they follow protocol–wearing a mask. Recently, Starbucks gave a shoutout to these socially responsible people while playing on the long-running joke that they never spell your name right.

Iris agency developed this ad. They released it in the United Kingdom in August. 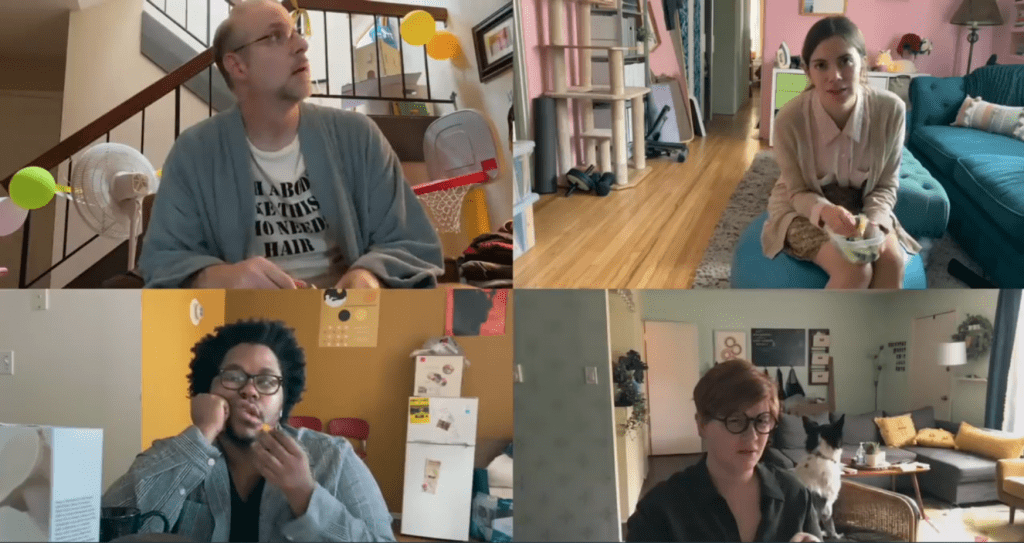 Companies across the globe have decided to let employees work from home for safety. While it may sound like a great setup, Apple shows that this isn’t the reality for a lot of people balancing work and home life. The ad was able to showcase how Apple increases productivity and keeps teams connected.

This short video is a great example of relatable humor. Mark Molloy directed it and released it in the United States in July.

3. Mucinex: Back to Normal is Up to You 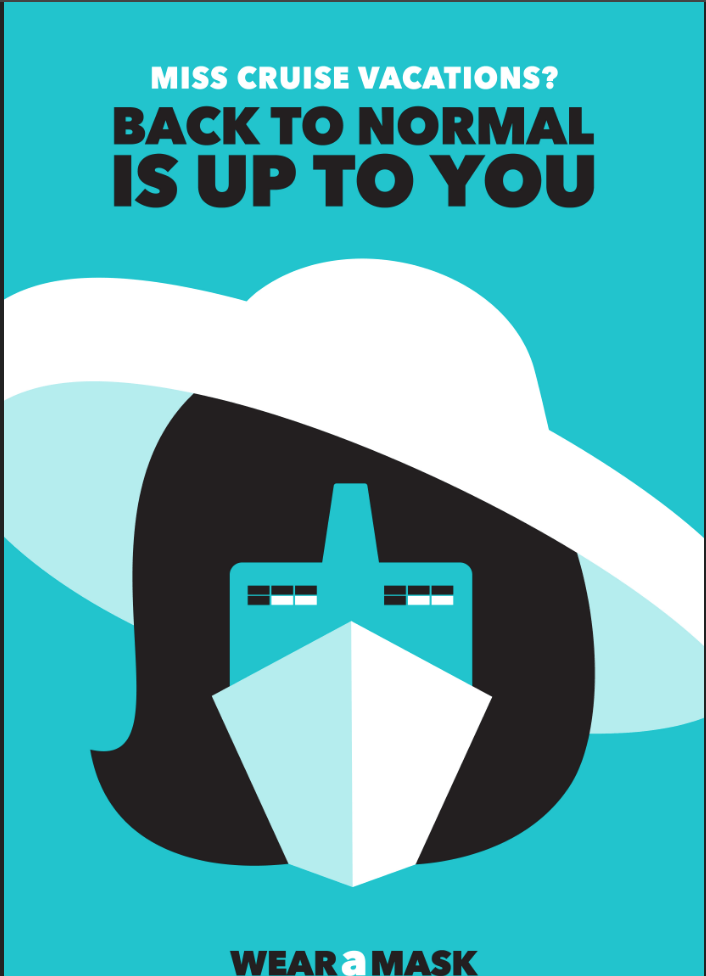 Wearing a mask is a preventive measure that companies communicate repeatedly to millions of people out there who don’t get the message. Pharmaceutical companies like Mucinex took it upon themselves to launch a series of graphics that advocate “going back to normal” soon if people were to do their part now.

McCann Health agency launched the campaign in the United States in August. 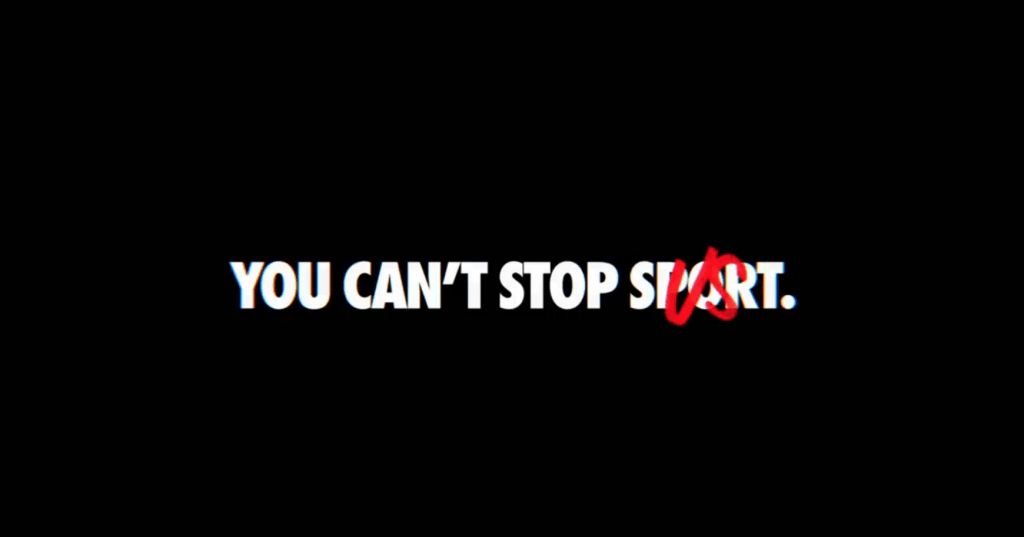 Nike’s marketing team knows exactly how to hit the nail on the head when it comes to creating inspirational messages in their online ad campaigns. One that came at the right time was this video that seamlessly tied in the parallels of different sports to show how similar the struggle and the glory to athletes of every race and gender. The current health crisis was also addressed, seeing that every athlete’s career was halted during these times. It also touched on the movements that were ignited in the United States during the past few months.

The campaign was formed by agency network Wieden + Kennedy and was launched in July. 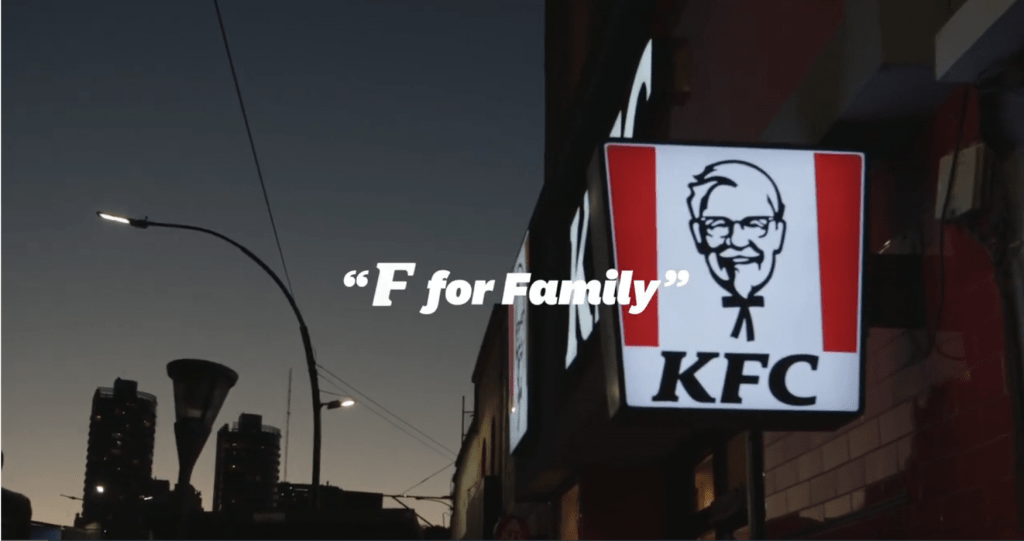 Despite the serious lockdown, fast food establishments remain open to serve their customers through takeout. KFC launched a campaign that brought its service crew closer to home. In the campaign, they assigned their delivery persons to bring takeout orders to their own families.

This heartwarming ad was created by agency Geometry in Argentina and was aired in July and posted in August. 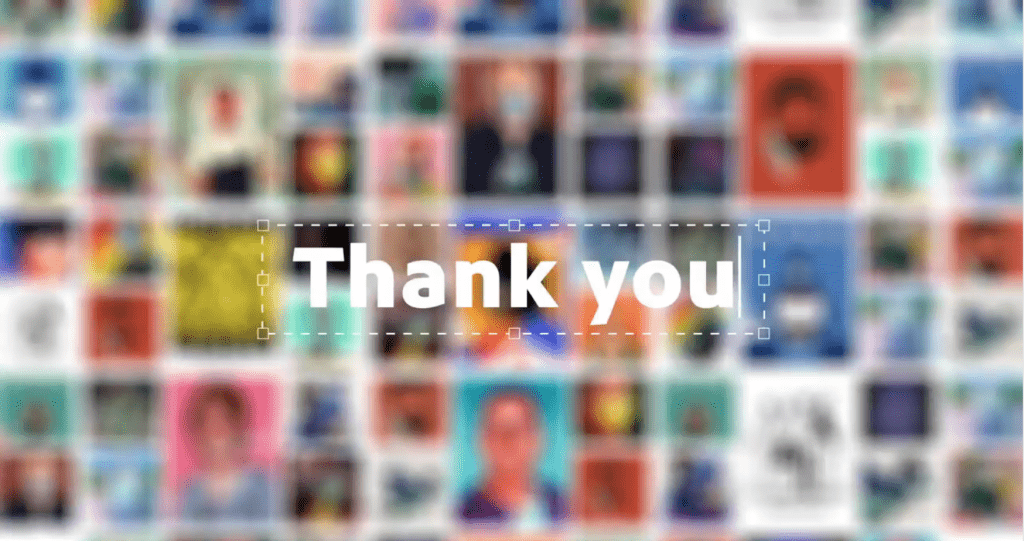 They say that not all heroes wear capes, which is definitely true. In these times, there are heroes who wear masks and hazmat suits and save lives. There are heroes who wear name tags and keep lines in check and restock shelves. And there are heroes equipped with knives and food to feed the hungry. Adobe honors the everyday heroes with their motion graphic video that highlight doctors and nurses, grocery clerks, restaurants with delivery service crew, mail delivery persons, and stay-at-home parents who work and manage a family at the same time.

This stunning ad was made by agency network 72andSunny and was posted in May. 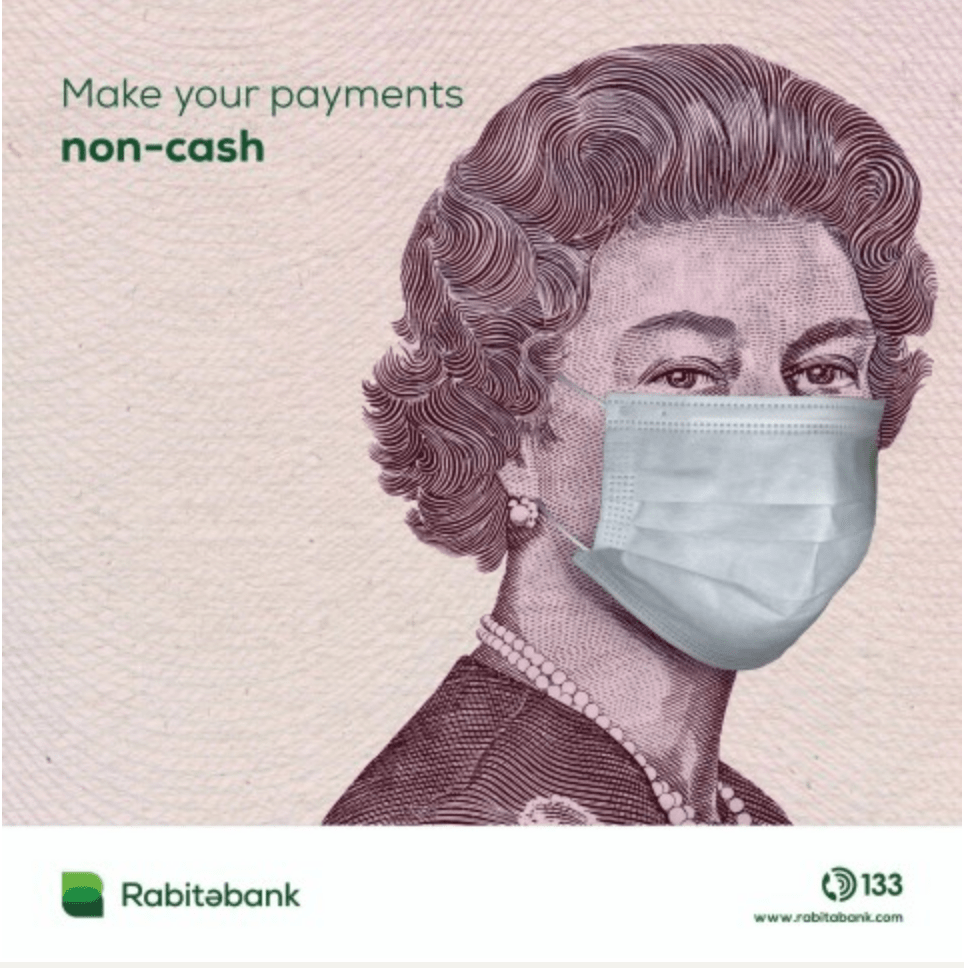 To prevent the spread of the virus, more and more establishments are encouraging cashless transactions. Rabitabank came up with a great way to promote it with a hint of wit and humor by putting masks on the figureheads in money bills.

This ad campaign was launched in  Azerbaijan under the agency network Endorphin in late April. 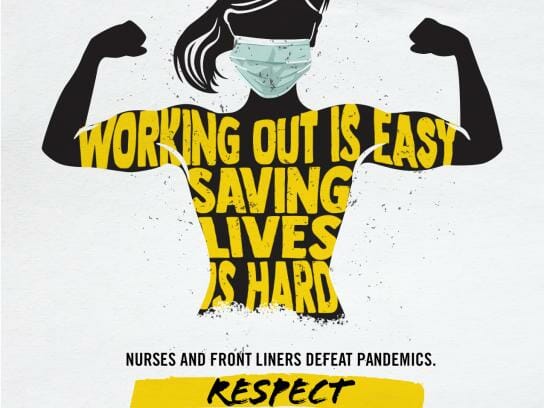 Another ode to heroes, the 54D ad campaign was released on International Nurses Day praising the strength and resilience of nurses. The ads emphasize the difficulty of the responsibility that nurses hold during these times. And it used clever wordings of what people normally find difficult in the gym and compare it to the stress of everyday hospital life.

The illustrations were produced by Pico Adworks and released on May 13. 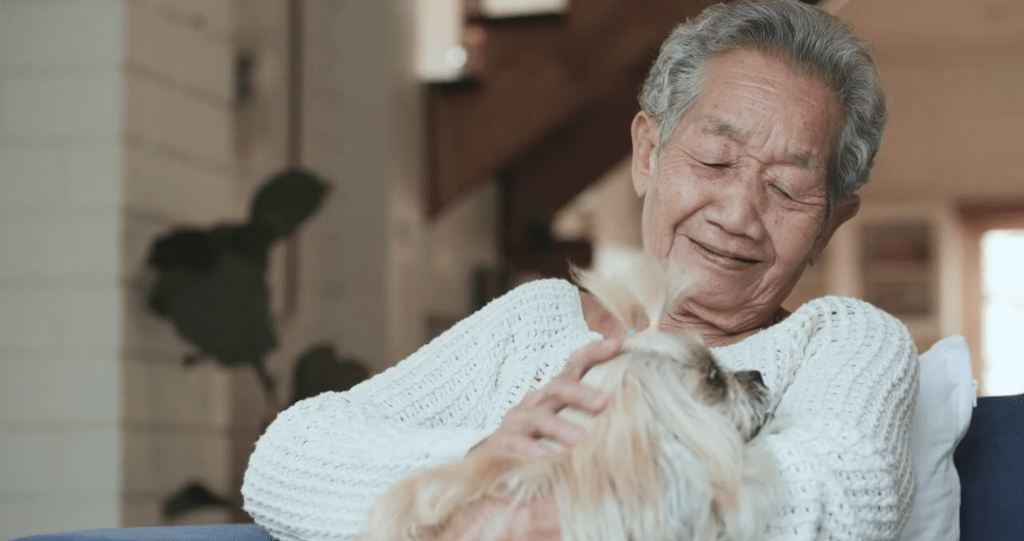 One of the upsides from being recommended to stay at home for many people is that they get to spend time with their pets. This is also a huge plus for the little furry guys. Freshpet released this ad to remind folks that it isn’t all that bad. In fact, it’s great news for pets to get to spent time with their owners. Plus, who doesn’t love a good ad that shows off adorable dogs?

The video ad was produced by agency network Terri & Sandy and was released in March. 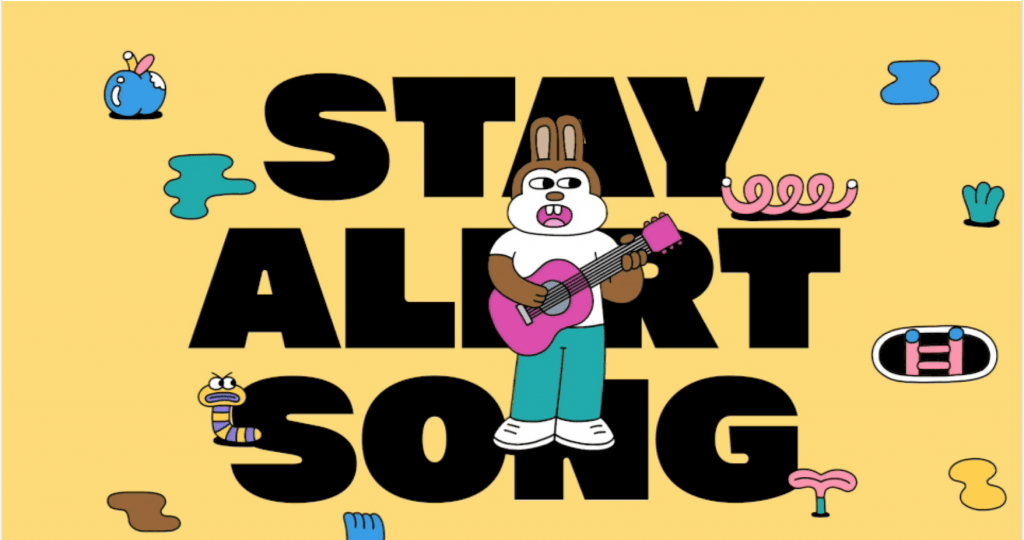 Ending this list is a song accompanied by weird and wonderful motion graphics. The song was released after restrictions had been eased and this ad was just a reminder to be aware of what you need to do after lockdown is over. One great reminder: go to work with pants because meetings are no longer just from the waist up.

Dentsu agency produced the graphics and song. They released it in Japan in late May.

11. Nord DDB Riga – If we survived this – we can survive anything

This global crisis may be problematic, but it’s not the worst that humanity has faced. According to Latvian agency Nord DDB Riga, we have been through atrocities such as these. This hilarious throwback moment brings out humor that’s both culturally significant and makes light of the situation by giving a boost of morale.

The agency designed and produced these original illustrations. They released it in May earlier this year.

After months of lockdown, we all seem to need a night out in town. But while bars are slowly opening up for the public, Heineken’s ad reminds us to socialize responsibly by following all protocols necessary. From washing hands to physical distancing all the way to avoid sharing food, all these safety reminders allow bars to stay open and customers to stay safe while having a good time.

Launching a campaign with an incredibly strong message is what the world of advertising needs in this climate. When it comes to bringing these ideas to life, you’re going to need your very own creative team that will make your concept a reality. DotYeti is a graphic design subscription service that offers fast and affordable unlimited design packages to choose from. You could own your very own design team to help you create memorable ads for 2021.

Contact us now to get a free consultation in our fast and affordable design packages for you.

To succeed as an online business, you need to set up your digital storefront first. And one of the best ways to do that is to construct a website. Here’s the catch though. Your e-commerce website elements often make or break your ability to make a sale.      The best...

END_OF_DOCUMENT_TOKEN_TO_BE_REPLACED

When done right, a graphic design portfolio website can make your design journey so much easier. You’ll get potential clients, a gallery of professional work, and an awesome website to call yours. The problem? Unless you’re using a template, a portfolio takes a while...

END_OF_DOCUMENT_TOKEN_TO_BE_REPLACED

The 10 Most Famous Graphic Design Trends in 2023

As far as trends go, there’s just no way of knowing for sure what will pique the most interest. After all, even the most hyped design choices can easily phase out after a few months. However, there are some ways to predict what kinds of design will make a splash. One...